With our début Nottingham gig at top mod club night ‘The Britalian Job’ just around the corner, the band’s thoughts have turned to what would constitute our ultimate mod set.

There’s a debate constantly raging just about everywhere mods gather about what exactly mod music is.  Some ultra-purists insist that the only true mod music is Modern Jazz (after all that was where the whole British modernist movement began is the late 50’s). 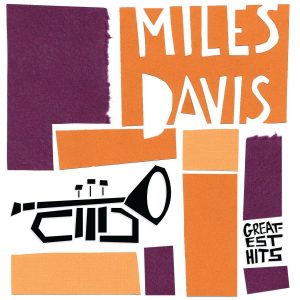 Whilst others prefer the broadest possible interpretation encompassing all sorts of genre from the 80’s ska, through to 90’s Brit Pop, and it sometimes seems, almost any new music featuring a Rickenbacker guitar! 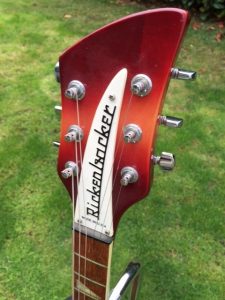 Safe to say however that the era that created the vast majority of what has come to be thought of as mod music was the mid-60’s.  Back then early mods turned to the sound of American Blues and R&B for something they could really dance to (and for a music to stir their souls)!  At the same time the young British bands were seeking to emulate this music and in doing so creating a new sound often described over in the US as ‘British Invasion’.

Generally we like to develop our repertoire in a way that takes in a broad range of tunes based primarily on the R&B output of the ‘big hitters’ from the British Invasion.  Adding to this with the odd rare soul groove, a smattering of jazz and some unashamedly pop stuff.  We like to think that all the tunes we cover are great music but some aren’t mod at all.

Here’s some of the tunes that are sure to make ‘the cut’ for our Britalian set?

Boom Boom – Here’s a Chicago Blues track beloved by original mods when sung by John Lee Hooker (this is a great piece of video of JLH playing the song, backed by young British musicians and surrounded by dancing mods on the ultimate mod TV show Ready Steady Go

When we perform the song we look to the Animals’ 1964 version, quintessentially 60’s and for our money definitely a mod classic.

A Little Bit Hurt – This has become something of a theme tune for the band.  Originally Julian Covey and the Machine recorded this song in 1967.  Covey (real name Phillip Kinorra) was a guy who as well as performing in his own right also played drums for mod heavyweights like the Graham Bond Organisation and Brian Auger and the Trinity.  He even replaced Keith Moon behind the kit for The Who when Moony hurt himself in 67. Could this be more mod? 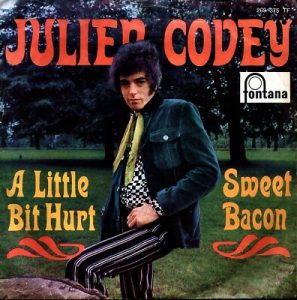 The In Crowd – Our version is based on Ramsey Lewis Trio’s cool instrumental jazz record that topped the US charts in 1965.  This tune has been played in mod clubs from the day of its release.

Fortune Teller – Written by Alain Toussaint, the godfather of New Orleans jazz, and originally recorded 1962 by American R&B artist Benny Spellman, this is one of those tunes that ended up in the live sets of almost every British beat group in the 60’s.  There are recorded versions by The Who, The Rolling Stones, The Hollies, The Downliners Sect, The Throb, The Merseybeats, Tony Jackson, The Iguanas and Strawberry Alarm Clock.

High Heel Sneakers – Another US R&B hit (Tommy Tucker) that was super-popular in 60s mod clubs. Our version is based on the Cross Section cover that appears in the film and on the soundtrack album of Quadrophenia.

Tin Soldier – Some people say that The Small Faces were the only true mod band.  Whether that’s true or not there’s little doubt that Marriott’s composition Tin Soldier provided a stark contrast to the band’s earlier, more ‘poppy’ output.  For many (us included) this was the best record the Small Faces ever produced.

N.B  A tenuous link between us and The Small Faces is that Stan was once signed by their infamous manager, Don Arden! 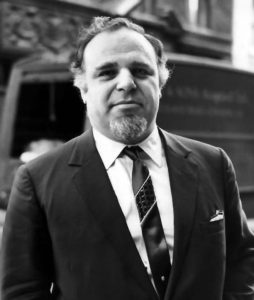 Big Bird – The output of the Memphis based soul label Stax has always been massively popular with mods and it was this popularity that led to so many Stax artists touring in the UK. It was whilst Eddie Floyd was on one such tour that he wrote Big Bird (whilst waiting at Heathrow to fly back for Otis Redding’s funeral).  The record (which incidentally featured Booket T on Hammond) was never a hit for Floyd but the tune went on to become an underground favourite in British mod clubs.  It was later covered by the Jam and remains a regular part of Weller’s live set.

Bert’s Apple Crumble – When we first formed The Quik Beats we originally took the name The Quik (borrowing the name from a 60s band we thought had long fallen from the collective consciousness).  In reality it soon became clear that The Quik were much better remembered in the mod scene than we had thought, so keen to not appear to be passing ourselves off as the original band we added the ‘Beats’ to our name.  However The Quik did inspire us, primarily through their Hammond driven cult classic instrumental tune Bert’s Apple Crumble and there could be no better place to give this great tune an airing than at the Britalian.

Outside Chance – This is probably the most recent addition to our set.  The link between music Mod and Psychedelic music is often argued about but this tune, written by Warren Zevon (a right nut job, remember Werewolves of London?), and recorded by The Turtles in 1966, is just so good we can’t leave it out at the moment.

These are just a few of the tunes that are sure to make our set for the Britalian Job, there are plenty more that will feature so come along and see if your favourite is included (and if its not one of the Marks are sure to play it in their DJ sets!)

Menu
X
This website uses cookies to improve your experience. If you continue to use this site, you agree with it.
Ok